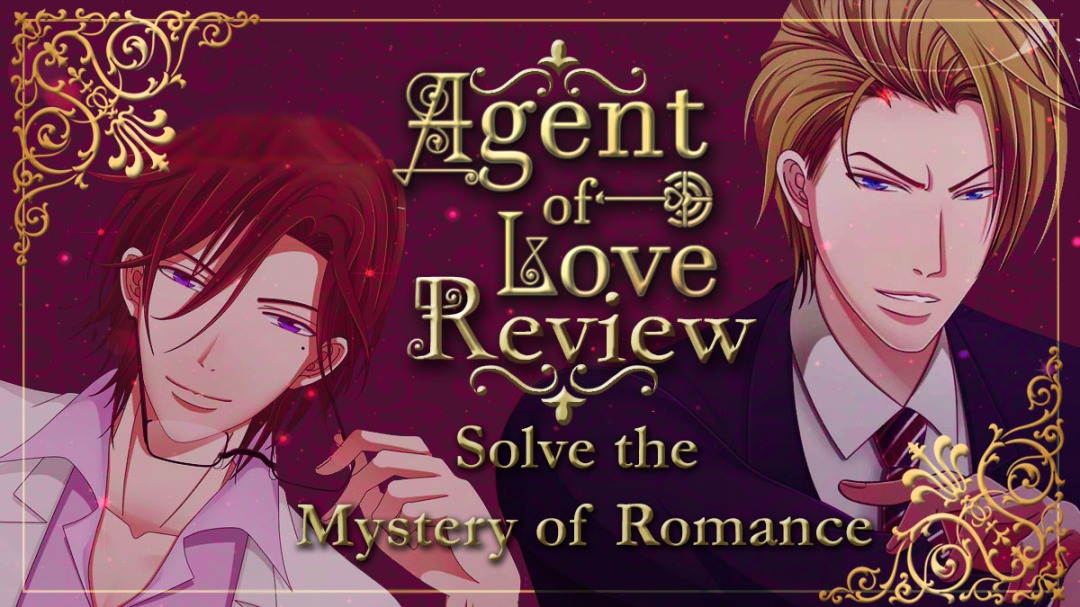 Agent of Love Review: Solve the Mystery of Romance

What truly distinguishes a visual novel from a traditional one is that, not only do you become engrossed in the story, you become part of it. Still, there’s a great depth of the genre that we don’t really get to explore as some topics tend to be too sensitive for the west.

Agent of Love falls under this pretense while also trying to break the niche. Describing itself as a Josei Visual Novel, it focuses on more mature themes and serious topics compared to the standard fluffy sweet romance we see in other otoges.

In the game, our MC is a detective who is given missions that only she can apparently solve. Regardless of what she chooses, her life is thrown into turmoil as she uncovers corrupt politics and underground dealings that come with the job.

At first glance, you’d assume that the game was developed by your average Japanese studio. However, creators Delusional inc, are actually an indie dev team based in Sydney consisting of three friends with a passion for storytelling.

The game was originally released as a mobile app before seeing a port on Steam, which was where I played the game. There are currently three routes available to play through – each having about 22-25 chapters with an epilogue and secret end.

Another route called ‘His POV’ is also playable, which replay scenes in the main route from the perspective of the love interest (Which I will discuss later). Each route is vastly distinct to one another, enveloping the MC into a separate story with different obstacles to overcome.

One of the things I truly appreciated was how all the love interest have a connection to the MC. Normally 1 or 2 characters in visual novels just ‘encounter’ the MC, but regardless of what route you choose in the game, other characters still have an important role. This helps establish that she is part of their world and not the other way around.

The story is told in incredible detail, investigating not only the love interests but the MC herself. By exploring different routes, we see how she forms her identity and sense of justice, something that we may not relate to but can empathise and understand. This further shown through glimpses into her past trauma, that shows how she has developed into the person she is today.

The other characters also show more complexity than initially perceived. They come off as stereotypes like the rich playboy or kind doctor, but you soon realise they have reasons for their ‘facades’. As the characters know the MC prior to the game’s event, this creates bigger friction between them as she struggles with her personal feelings and who they are now.

As mentioned, the POV chapters play from the guys perspective. Here, we not only get a glimpse of his internal struggles but also how the MC helps to overcome them. these make the small interactions that you thought nothing of, carry more weight and meaning to them.

An example is how Ryosei is not only a playboy but the MC’s childhood friend. She recalls a childhood memory around chapter 19 or so. However, in his POV, he recalls that memory as early as chapter 1-2, emphasising how important that memory and the MC is to him. Through these, we can understand their feelings and how they can fall/are in love with her.

As mentioned, these routes delve into serious topics, including those of a sexual nature – which is warned at the beginning of the game. While this is a western-developed game, it does take heavy influence from Japanese culture, both in plot and context. In one route, while nothing graphic is depicted, has suggestions that can make you uncomfortable. But we must remember that these are characters she has an active relationship with and while her actions can make her seem weak and complacent, there are reasons behind them. In no way does the game use these themes lightly, and the character intentions are often explained clearly. While it might not always be right, it emphasises that she has flaws, which I commend.

The epilogue and secret ends are bonus chapters that focus on… the physical side of the romance. It is enjoyable and provides a satisfying in-depth interaction between the characters, for about another 30 minutes of content plus a bonus CG.

The game plays like your standard visual novel with a choice per chapter that affect whether you get a Bad, Normal or Good Ending. Although you are given access to the chapters from the get-go, if you want to get the good ending, it requires you to carefully choose your options from the start.

The autoplay options came with only 2 settings, both of which I found to be quite fast. I would’ve preferred a slower speed or customisable text speed, allowing it to match my ideal pace. I played using steam link from my phone when I wasn’t using double speed, so that I could tap away without the incessant mouse clicking. This played similarly to the mobile version, showing how the experience can interchange between platforms.

The music they use is very impactful and appropriate for the scenes where they are used. However, due to some scenes being short, it can be abrupt and jarring when the music plays for a few seconds before suddenly jumping to a differing one.

I like the character designs and how their sprites have a wide range of expressions. At certain times, the eyes in the CGs looked slightly off and awkward, but nothing too problematic.

If there was any fault in the game, it would have to be the backgrounds. These looked like photos with filters over them, and with how nice everything else looks, it felt underwhelming during moments where details text goes in-depth and the only visual is the background. There were a few scenes where they did include small accompanying graphics, as the Korokokoro plushie (popular character merchandise in-game and the company’s mascot) the MC owns. I appreciated when those came up so hope that they could add some silhouettes or small things to just make it more engaging.

However, this is but a minor complaint that can be forgiven with how well written the narrative is. Even without music and art, the writing is truly eloquent with its clear and vivid descriptions of the characters thoughts and actions. The plot was incredibly engaging that I found myself passing 3 hours without realising at all.

Also, I need to mention this, but how refreshing is it for an MC to have kind and loving parents for once?

I found the game and it’s world enthralling, experiencing the drama and mystery as if I was watching it in real-time. The MC is well-rounded and I was able to put myself into her mindset, which is a rare thing to find. The small problems I had, in no way detract from the overall experience of the game. The market is saturated with some high-quality games that are rife with bad translations or generic plots. With Agent of Love, it goes above and beyond its storytelling and explores themes that can limit its appeal and audience. However, it does not do this for shock value and puts thought into the story it tells. Like any story, everyone has their own tastes and preferences which cannot be changed regardless.

However, I recommend you to give this game a try, to support the game devs. For a small company, the game’s story is definitely on a grand scale so it’s commendable that 3 people have been able to achieve so much. They are currently working on their fourth character as of this review. I have been told that after all characters are released, they will add new seasons so the story doesn’t end there.

You can play the prologue of Agent of Love for free on IOS, Android and Steam.

For a more in-depth personal analysis, you can check our article: Agent of Love: Perspective and Analysis

I was kindly provided with a review code by Delusional Inc.
Please note that this is not factored and the review is 100% my honest opinion.

A self-proclaimed heroine who has a love for indie games and strategy JRPGs with a twist. View all posts by kazurenai

One thought on “Agent of Love Review: Solve the Mystery of Romance”